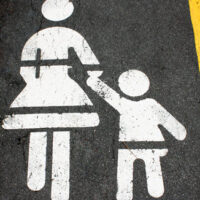 A negligent driver (tortfeasor) ran over and nearly killed an 8-year-old boy as he was crossing the street.

The wreck occurred on Myrtle Street near the Serena Drive intersection. According to witnesses and the Tampa Police, the boy crossed Myrtle against the light and not in a marked crosswalk shortly before 8 am. Since the victim was barely breathing and conscious at the scene, first responders rushed him to a local hospital. He suffered a severe broken leg and other injuries, but doctors believe that he will survive.

Why Have Pedestrian Injuries Increased in Tampa?

In 2016, pedestrian injuries spiked to their highest level in two decades even as the number of overall traffic deaths levelled off. Researchers believe that the upward trend will continue, thanks to a combination of:

Solutions are available but there is very little likelihood that Florida policymakers will implement them. Wide sidewalks and buffer zones cost as much as $400 a foot. New York lawmakers, who recently reduced the state’s speed limits to 25mph on most residential streets, endured a howl of protest in response. Other physical changes, such as new street layouts to lower vehicle speeds and lengthening red lights to give people more time to cross the street, would probably be equally unpopular.

Damages in Florida serious injury cases include compensation for medical bills and tangible losses, as well as pain and suffering and noneconomic losses. Additional punitive damages may be available as well in some extreme cases, like when a driver is operating a car or motorcycle under the influence of drugs or alcohol or when a driver is texting before the collision occurs.

This doctrine excuses liability if the tortfeasor reasonably reacts to an unexpected situation. Insurance companies usually try to shoehorn the sudden emergency defense onto pedestrian injury cases, if the victim crossed against the light. But the facts these companies use to support their position actually hurt them.

The sudden emergency defense usually applies to unexpected situations, like hood fly-ups. Like stalled cars or large potholes, jaywalking pedestrians are very common so drivers should be ready for them.

Pedestrian knockdowns usually result in serious or fatal injuries. For a free consultation with an experienced personal injury attorney in Tampa, contact The Matassini Law Firm, P.A. We have offices in both Hillsborough and Volusia Counties.