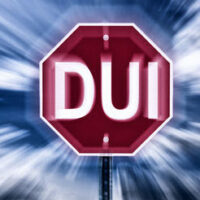 After years of inconsistency and uncertainty, the United States Supreme Court finally legalized DUI roadblocks in Michigan Department of State Police v. Sitz. These checkpoints allow officers to bypass the Fourth Amendment and detain motorists even though there is no evidence they have done anything wrong.

In exchange for such broad power, police checkpoints must meet rigorous standards. If they fail in even one area, no matter how seemingly insignificant, a Tampa DUI lawyer may be able to invalidate the stop and arrest, thereby beating the whole case.

Drivers have rights at checkpoints. Specifically, they have the right to remain silent. They must comply with order to stop their vehicles and produce certain documents for inspection. But they do not have to answer any questions. In fact, they do not even have to roll down their windows.

Only police supervisors can authorize checkpoints. Officers on the street, even if they are corporals or have some departmental authority, are not supervisors. A desk sergeant is probably not a supervisor either. Only the police chief, and perhaps a captain, are supervisors in this context.

The department must advertise the checkpoint in such a way that it gives motorists the chance to completely avoid the area. A posting on the department’s Facebook page the day before the checkpoint is probably insufficient both in terms of the advertising platform and the lead time. Facebook posts do not reach enough people and a few hours is not enough advance notice.

Usually, this requirement pertains to the hours of operation. Officers cannot operate a checkpoint for several consecutive days. Quota checkpoints are illegal as well. Police cannot keep the checkpoint open until it nets a certain number of DUI arrests.

The checkpoint must clearly indicate its official nature. The signs should also tell motorists what to do, like “Slow Down and Prepare to Stop” and “Have Drivers’ License and Proof of Insurance Ready.”

If left to their own devices, officers would probably set up checkpoints on freeways. But such roadblocks are unsafe. These checkpoints must put safety first and law enforcement interests second. They must be well-lit, well-staffed, and in relatively safe areas.

As a rule of thumb, checkpoint wait time cannot exceed twenty or thirty seconds. That includes the time that drivers spend in line as well as the time spent at the actual checkpoint.

Officers cannot randomly pull over people who “do not look right.” Instead, officers must follow a neutral formula. For example, they might stop every third vehicle and wave the other two through. Such a setup keeps traffic flowing so the checkpoint does not run afoul of the “minimal detention” requirement discussed above.

DUI checkpoint mistakes may invalidate the arrest. For a free consultation with an experienced criminal defense attorney in Tampa, contact The Matassini Law Firm, P.A. Home and jail visits are available.