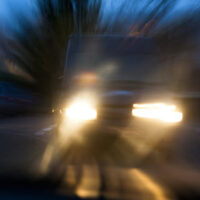 A southbound Passat entered the northbound lanes of North Alexander Street; the driver died when the car slammed into a large truck.

The wreck occurred just north of the Highway 92/North Alexander interchange. For reasons unknown, the Passat was in the incorrect lane. The force of the impact almost totally destroyed the Passat, and the driver was declared dead at the scene.

None of the names were released, and Plant City police are still investigating the crash.

Fault at the Scene v. Liability in Court

On the surface, it appears that the Passat driver was clearly responsible for this Tampa car crash. But in right-of-way collisions, such as head-on, intersection, and rear-end crashes, the last clear chance doctrine often comes into play.

This rule reverses liability in some situations. The Second Restatement of Torts sets out the elements for last clear chance involving an inattentive plaintiff. It applies if the defendant:

In the above story, the last clear chance doctrine clearly seems applicable. The truck driver probably saw the Passat operating on the wrong side of the road, and the driver had to assume that its driver was in mortal danger. The only issue is whether the driver used reasonable care in avoiding the crash. Perhaps the driver tried to slow down or change lanes but could not do so in time.

Catastrophic injury and wrongful death plaintiffs are often entitled to substantial monetary compensation. Large trucks weigh about 80,000 pounds and are almost impossible to stop. So, these crashes almost always cause severe injuries or wrongful death.

Sometimes, the Florida tortfeasor (negligent driver) does not have enough insurance coverage to make good on these damages. Vicarious liability gives the victim/plaintiff an additional source of financial recovery.

Respondeat superior (“let the master answer”) usually applies if the tortfeasor was a truck driver, taxi driver, or other commercial operator. The elements are:

Other employer liability theories include negligent hiring and negligent entrustment. These doctrines often apply in assaults, thefts, and other intentional tort cases.

Even if the police gave you a ticket, you may be entitled to substantial compensation. For a free consultation with an experienced personal injury attorney in Tampa, contact The Matassini Law Firm, P.A. An attorney can connect victims with doctors, even if they have no money or insurance.

By The Matassini Law Firm | Posted on July 11, 2018
« AMAZON AND FDA SCRAMBLE TO EXPLAIN POISONOUS SOY NUT BUTTER
WHY DO I NEED UNINSURED MOTORIST COVERAGE? »
Skip footer and go back to main navigation