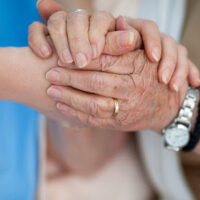 Many Hillsborough County long-term care facilities depend heavily upon government Medicaid funds. These facilities may still be recovering from the financial shock of 2015. That year, Florida cut Medicaid reimbursement rates by about 20 percent.

The changes did not end there. About that same time, Medicaid changed its billing practices in many cases. Instead of paying for each contact between staff and resident, Medicaid paid a flat rate per patient. In other words, the LTC once made money every time a nurse or other staff member performed a patient service. Now, the LTC loses money each time there is a contact.

To make up for the lost revenue, many Tampa nursing homes have taken on as many patients as possible. Simultaneously, they have trimmed payroll to dangerously low levels.

Examples of Neglect and Abuse in Tampa Nursing Homes

Abuse is a serious problem at overcrowded and understaffed Florida long-term care facilities. Yet most of these incidents go unreported. Many victims do not want their abusers to “get into trouble.” Others fear possible retaliation. So, it is often up to loved ones to look for signs of abuse like:

If your loved one has been abused, there may be physical evidence. Examples of that abuse can include personality changes, unexplained injuries, and missing money. If you suspect any form of abuse, take immediate action now. Your intervention may be the only protection that your loved one has.

Neglect takes place in understaffed and overpopulated environments as well. Bedsores are a particular problem. Sometimes, the nursing home hires less-qualified employees who do not spot bedsores straightaway. Other times, the facility does not keep enough people on hand to turn residents. Sometimes, turning a resident in bed is a two or three-person job.

Pressure ulcers often develop on the tailbone, knees, and other bony areas of the body. If the resident is turned in bed every two or three hours, bedsores are not a problem. However, if pressure ulcers are left untreated for even a little while, they quickly become life-threatening.

Nursing home residents are some of society’s most vulnerable potential victims. For a free consultation with an experienced personal injury attorney in Tampa, contact The Matassini Law Firm, P.A. We routinely handle matters in Hillsborough County and nearby jurisdictions.