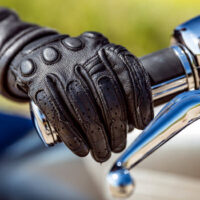 Police released very few details after an adult moped rider died in a crash near the intersection of Martin Luther King Jr. and 94th Avenue.

They did indicate that there was a collision between a moped and a car, and that the driver remained at the scene.

TBFTL, an abbreviation for “turned but failed to look,” appears on many motorcycle crash police reports in and around Tampa. Seeing these letters on an accident report is almost like seeing KIA (“killed in action”) on a battlefield casualty report. About a third of these crashes occur when the tortfeasor (negligent driver) makes a lane change or a left turn against traffic and moves directly into the path of an oncoming motorcycle.

Speed is a factor in many serious injury motorcycle-vehicle crashes as well, because it increases the risk of a collision and also makes the injuries more severe. Speed multiplies stopping distance. For example, a car travelling 30mph can safely stop after travelling about six car lengths, but stopping distance triples to eighteen car lengths at 60mph. If, as is often the case, the tortfeasor only saw the rider at the last moment, a collision is basically inevitable.

Excessive velocity also multiples the force in a collision. This factor is especially important in motorcycle-vehicle crashes, because riders are almost entirely unprotected. Some of the serious injuries they suffer include:

Motorcycle riders are almost thirty times more likely to die in an accident than vehicle occupants, a statistic which sums up the dangers that these riders face.

Despite the serious nature of the injuries, many jurors are reluctant to award damages to motorcycle crash victims because of the motorcycle prejudice. Many people erroneously believe that motorcycle riders are reckless drivers who operate at high speeds while weaving in and out of traffic. If the rider was in a group, the prejudice is even stronger, because many jurors equate such riding groups with the Hell’s Angels and other motorcycle “gangs.”

The motorcycle prejudice is not as strong in moped cases, since such riders rarely travel in groups, do not operate at high speeds, and usually cannot weave in and out of traffic. However, it’s still there, and an attorney must deal with it.

An experienced trial lawyer who has picked several juries in his or her career will be able eliminate those potential jurors who will not be able to evaluate the merits of the plaintiff’s case because of deep rooted prejudices and biases.