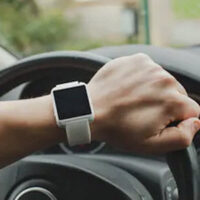 Google announced a recent recall of certain Fitbit watches. These watches have metal prongs that interact with your skin and record biofeedback. However, Google has been hit with a second class-action lawsuit that accuses them of producing a device that is still causing burns to people’s wrists. Among the complaints against the Fitbit are that the metal prongs can overheat causing burns and a rash. This, the plaintiffs contend, has rendered the product unusable.

The earlier lawsuit makes the same allegations as the subsequent lawsuit. As part of that lawsuit, Google conducted a recall of over one million Fitbits and stated that the problem was only related to the Ionic model which was discontinued in 2020. Google said the incidents were exceedingly rare but agreed to replace the Fitbits. The newer line of watches appears to have the same problem.

According to the plaintiffs, they attempted to reach out to Google to complain about the Fitbit. Plaintiffs who supplied pictures were told that they had a hygiene issue or that it was a skin rash. Google refuses to admit that there is a burn problem with its Fitbits. Nonetheless, you are now prohibited from wearing a Fitbit on a plane due to the fire risk created by the batteries.

Issues related to lithium-ion batteries, which now power just about everything, are well known. About a decade ago, the new Blackberry came out and it was famous for one thing, exploding. A lawsuit against Blackberry alleged that a 10-year-old boy was left permanently scarred after his Blackberry exploded.

When it comes to manufacturing a product, the product maker is responsible if the product causes injury and was not tampered with by the plaintiff. While the injuries reported are not as severe as the exploding Blackberry, having a burn on your wrist from using a product renders the product unfit for its specified use. While the plaintiffs are unlikely to get millions (or even thousands of dollars), Google will have to pay for marketing them a defective product and make some remuneration to the plaintiffs.

It remains unclear, perhaps even to Google, why the Fitbit sensors are overheating and causing burn injuries to their users.

How do you prove the watch is burning users?

Among the scientific data that is possible to establish in a court of law, proving that a watch gets too hot to burn your skin is just about the easiest argument you can make. Science has long established heat thresholds for skin. All the plaintiffs would have to do is establish that the sensors get that hot and that the likely cause of their “skin rash” is a burn injury under the watch. A jury is not going to buy that random people all had “hygiene issues” in the same place or that the watch did not somehow cause the injury.

The Matassini Law Firm files burn injury lawsuits on behalf of injured plaintiffs. Call our Tampa personal injury lawyers today to schedule a free consultation and learn more about how we can help.