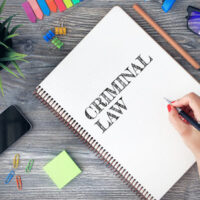 The state Supreme Court may soon decide if a car is a deadly weapon in manslaughter cases that involve an unintentional or reckless death.

The dispute has already been to the state’s highest court once, and in 2004, the Justices ruled that an “automobile is not commonly understood to be an instrument for combat against another person.” One appeals district recently stuck to this pronouncement, and reduced a 30-year prison sentence to fifteen years. In 2013, a Lee County jury found Luis Gonzalez guilty of manslaughter in the death of Tia Poklemba, whom he hat met at a bar that evening. After Mr. Gonzalez fled to Mexico, authorities charged him with manslaughter so that he could be extradited back to Florida. Subsequently, an America’s Most Wanted segment produced a tip that led to his arrest.

Two other appeals courts have reached the opposite conclusion, holding that a car can be a deadly weapon in some situations. One decision compared a car to a baseball bat or steak knife. Judges reasoned that these items can be used for weapons even though that is not their intended purpose.

In Florida and all other states, criminal juries receive a great deal of deference from appeals courts. These judges reason that the jury is in the best position to judge the credibility of witnesses and weigh the evidence. Although appeals courts almost never second-guess juries, unless there is evidence of racial bias or some other jury selection issue, these courts will overturn convictions on procedural grounds. Essentially, the defendant must establish that:

In criminal court, the defendant is entitled to a fair trial, but not a perfect trial. Therefore, some appeals courts have refused to overturn convictions even if there are issues as egregious as an attorney falling asleep during the trial.

Especially in resentencing proceedings, many lawyers make the mistake of attempting to re-try the case. This strategy almost always fails. Instead, a Tampa criminal appeals lawyer must find a technical defect and convince the appeals court that this mistake made a difference in the outcome.

Vehicles can be deadly weapons in Florida murder cases, but the lack of intent in a manslaughter case makes a tremendous difference. If the defendant lacked the intent to kill, s/he arguably lacked the intent to use a car as a deadly weapon. Furthermore, despite the appellate court’s pronouncement, there is a significant difference between a car and a baseball bat. Whereas the latter is often wielded in anger, that’s not true of the former. The prosecutor has the burden of proof in these cases, so it really comes down to what the state can establish in court.

Criminal appeals are difficult, but not impossible, to win. For a free consultation with an experienced criminal defense attorney in Tampa, contact The Matassini Law Firm, P.A. Convenient payment plans are available.