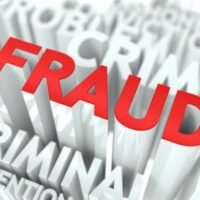 In order to get folks to sign on to their health insurance, distributors made false statements concerning the policy. In reality, the insurance provided minimal coverage, did not include pre-existing conditions, did not include prescriptions, and did not include hospital stays. The provisions of the coverage were so low that the policies did not qualify under the Affordable Care Act (ACA or Obamacare). This left many customers without insurance when they sought treatment. While this is illegal, it’s not why the company is being prosecuted.

The company is being prosecuted not for lying to customers, but rather to investors. The company ensured investors that the overall satisfaction rate of their customers was 99.99%. They also stated that they had high compliance standards, and received few complaints from policyholders. In reality, dissatisfied customers reported that salespeople misrepresented the policy’s provisions and almost everyone who signed up was dissatisfied because the insurance would not pay for their medical treatment.

Why isn’t this a fraud prosecution?

Well, it still could be. But the SEC’s job is to ensure the interests of investors, not consumers, and since the SEC initiated the investigation, the charges are related to investor—and not consumer—fraud. Ultimately, the goal of the company was to inflate the value of its stock by lying to just about everyone. The company was eventually fined $11 million for the conduct. The CEO was fined $1 million, forced to return any ill-gotten gains, and he will pay interest on those so long as the debt remains.

Is consumer fraud less of a big deal than investor fraud?

Every modern society consists of four interest groups. These are: Investors, consumers, workers, and the environment. In our American economy, investors have the most clout in terms of legislative infrastructure. You’ll find that the majority of rules and regulations benefit investors to the detriment of other interest groups. Balancing these four interests remains a matter of political tussling. Investors have the most money to throw at politicians while the environmentalists tend to have the least amount of money. In this case, consumers likely reported the issue to authorities and it remained a report on someone’s desk until investors caught wind that the overall satisfaction rate was much lower than reported to investors. The SEC then stepped in to file fraud charges on behalf of investors. The company will likely have to pay damages to consumers as well.

Talk to a Tampa Securities and Fraud Defense Attorney Today

The Matassini Law Firm represents the interests of those who have been charged with consumer or investor fraud by the federal government. Call our Tampa criminal lawyers today and we can begin preparing your defense immediately.