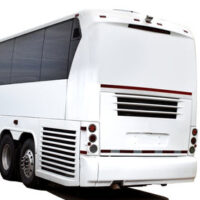 The longest-serving circuit judge in Hillsborough County is in critical condition after she suffered a head injury in a collision with a transit bus.

Witnesses say that Circuit Judge Claudia Isom had just left the George Edgecomb Courthouse in downtown Tampa when a Hillsborough Area Rapid Transit bus smashed into the driver’s side of her vehicle. Doctors are cautiously optimistic about her chances, but she remains in intensive care.

Judge Isom, who received the Florida Supreme Court Chief Justice’s Award for Distinguished Judicial Service in 2013, has been a Hillsborough County circuit judge since 1990. She currently presides over civil cases.

Some Facts About Traumatic Brain Injuries in Florida

TBIs affect an estimated 1.2 million Americans every year, and about 80 percent of these victims are rushed to hospital emergency rooms. Unfortunately, their injuries are often misdiagnosed as either trauma from the car accident or early signs of dementia. So, their TBIs get worse instead of better. Some common TBI causes include:

It may soon be possible to reverse brain injuries with stem cells and other emerging treatments. But for now, TBIs are incurable. Extensive physical therapy is the best approach, because neighboring parts of the brain often learn to assume any lost functions.

How Does Sovereign Immunity Work in Florida?

This concept comes from the old idea that since kings ruled by divine right from God and therefore could never be wrong, they could never be sued either. Part of this idea still survives, albeit in a much more limited form. Under Section 768.28 of the Florida Statutes, it is possible to sue government officials, including HART bus drivers, if:

All three of these elements clearly apply in car crash and other negligence cases, so therefore it is possible to sue a transit authority or other government agency in these cases.

However, the law imposes various limits on these actions. For example, damages are normally capped at $200,000 per incident and there is no possibility for punitive damages.  Furthermore, prior to filing court claims, victims must file notices with the governmental entity, which then has 180 days to investigate and settle the matter before a suit can be filed.

If the victim sustained a serious injury, damages in Florida car wreck cases include compensation for both economic and noneconomic losses.

Car crash victims are often entitled to substantial compensation. For a free consultation with an experienced personal injury attorney in Tampa, contact The Matassini Law Firm, P.A. We routinely handle matters in Hillsborough County and nearby jurisdictions.

By The Matassini Law Firm | Posted on January 25, 2018
« Major Fashion Chain Recalls Girls’ Makeup Kits Over Claims About Cancer-Causing Ingredients
Beating The Breathalyzer In A Tampa DUI »
Skip footer and go back to main navigation