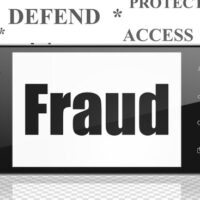 Several former FSU students are at the center of a prosecution alleging that they stole money from credit cards and deposited it into their own accounts. The students worked for the Center of Academic Retention and Enhancement (CARE).

According to federal authorities, Kh’lajuwon A. Murat, 21, arranged to have other fraudsters illegally obtain credit card information from their peers. The credit card information would then be used to make purchases from the university bookstore. FSU became aware of the fraud when it started getting chargebacks filed by banks after authorized credit cardholders disputed charges on their statements.

After a 4-day trial, Murat was convicted of conspiracy charges, 16 counts of bank fraud, and six counts of aggravated identity theft. Below, we’ll take a look at the sentence.

Tallying up the charges

What made Murat’s case worse was that he used the resources of his university, in fact, a program centered on helping disadvantaged college students as a resource to steal from fellow students. He committed the same crime over and over again. The fact that he didn’t make all that much money from it doesn’t reduce the severity of the crime. It just proves that he was bad at fraud.

If you’re facing federal charges related to identity theft or fraud, the consequences can be incredibly damaging. Call a Tampa criminal attorney who understands how to work the system in your favor. The Matassini Law Firm has significant experience handling all level of federal criminal matters. Call today to learn more.