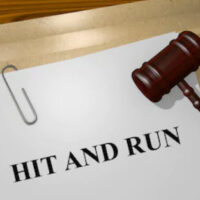 The wreck occurred on Interstate 75 near the Big Bend Road exit. According to police and witnesses, 32-year-old Alberto Vigo, of Bradenton, tried to pass Smith as the two were travelling north. Vigo misjudged the angle and clipped the rear of Smith’s car, causing it to overturn. Vigo continued travelling for several miles. When his pickup finally broke down, he fled on foot before being apprehended. He was booked into the Hillsborough County jail on various charges.

Smith was not wearing a seatbelt at the time of the crash.

Collectively, alcohol and drug impairment cause or contribute to almost half of the fatal car crashes in Florida. Frequently, the substance is either medical marijuana or a prescription painkiller. These substances might be legal to ingest. But it is dangerous, and usually illegal, to drive under the influence.

In all these cases, one pill, one drink, or one drag is enough to cause impairment. Evidence of impairment includes things like:

A Tampa personal injury attorney can use evidence like this to establish a breach of the duty of reasonable care. This duty requires drivers to be in top physical and mental condition when they get behind the wheel. Substance impairment dulls the edge.

Roughly this same evidence might also establish third party liability. Bars, restaurants, and other commercial alcohol providers might be vicariously liable for damages if they serve people who are habitually addicted to alcohol.

If the tortfeasor was legally intoxicated, the negligence per se doctrine usually applies. Tortfeasors might be liable for damages as a matter of law if:

Unless they are apprehended immediately after the wreck or voluntarily surrender, hit-and-run tortfeasors are rarely successfully prosecuted in criminal court. The burden of proof is too high.

But civil court is different. The burden of proof is only a preponderance of the evidence (more likely than not). So, a Tampa personal injury attorney can usually hold tortfeasors responsible with comparatively little evidence, such as:

It’s not always possible to locate the tortfeasor. In these cases, victims can usually file claims against their own insurance companies and obtain compensation for their injuries.

Touch Base with Assertive Lawyers

By The Matassini Law Firm | Posted on April 9, 2020
« I Wasn’t Wearing a Motorcycle Helmet. Can I Still Obtain Compensation for My Crash Injuries?
CHEMICAL INJURIES, BURNS ON THE RISE FROM COVID-19 CLEANINGS »
Skip footer and go back to main navigation