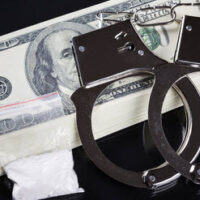 In the ongoing war on drugs, the number of arrests is about the only measuring rod of progress. So, there are lots of drug arrests every year. The FBI estimates that there were 1.5 million such arrests in 2016. Nearly all of them, about 85 percent, were for possession of a controlled substance. As an important side note, marijuana is only legal for medicinal purposes in the Sunshine State. And, even if you have medical marijuana, there are significant restrictions.

The Use of Police Informants in Hillsborough County

Statistics vary significantly, but in many jurisdictions, police informants receive a considerable amount of money. That’s usually fair, because these individuals often put their lives on the line. However, the arrangement also makes such information inherently suspect. So, Florida courts usually look at several factors to determine whether the tip was reliable. Some of them include:

The ends do not justify the means. A Tampa prosecutor cannot argue that the tip must have been reliable because the information turned out to be accurate. A tip is valid or invalid based solely on its merits at the time police officers receive it.

Very often, if an officer pulls over a vehicle and finds drugs in it, the officer will arrest everyone in the vehicle. These kinds of mass arrests usually do not hold up in court.

Possession is not synonymous with proximity. A person can be close to contraband but not possess it. First, the drugs must be accessible. If the defendant would have had to unlock a glovebox or reach over a seat to touch the drugs, that’s usually not good enough for possession. Second, the defendant must know that there are drugs in the bag or whatever. Knowledge that “something illegal” is inside that bag is not good enough.

The prosecutor must establish every element of the offense beyond a reasonable doubt. So, a Florida prosecutor basically needs overwhelming evidence of guilt to obtain a drug possession conviction.

Possession cases often involve procedural issues as well. Officers usually do not have search warrants in these cases, so they must rely on an exception. These exceptions are rather narrow. For example, to perform a consent search of a vehicle, the Tampa officer cannot just pick someone to agree. The person giving consent must be the vehicle owner.

By Matassini Law Firm, P.A. | Posted on August 6, 2018
Skip footer and go back to main navigation