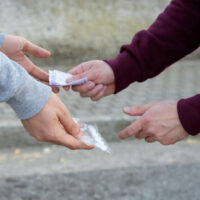 Most federal drug trafficking prosecutions are huge cases which involve multiple law enforcement agencies. Given the size of the investment, law enforcement sometimes cuts corners to make an arrest. These shortcuts often come during the search warrant phase.

The Fourth Amendment lays out some general requirements for search warrants. But the Founding Fathers left it up to the courts to determine the specifics. Since any fourth amendment analysis is very fact specific, the law can seem like it is constantly in flux. However, the overriding issues and considerations remain much the same.

Is the Warrant Valid?

Search warrants must be based on “probable cause”. By design this phrase has no concrete legal definition. However, attorneys trained in criminal law and procedure know that it is somewhere between reasonable suspicion and proof beyond a reasonable doubt.

Officers can have a reasonable suspicion to detain an individual, perhaps by pulling over his or her car, if there are specific, articulable facts which indicate criminal activity. Usually, the officer sees a legal violation, such as a traffic infraction. Other times, an officer can take a random fact, combine it with experience, and make a conclusion.

For example, in a recent Supreme Court case, an officer detained a suspect because he left a suspected drug house after a short visit. That’s pretty flimsy evidence, but the Justices upheld the stop.

Proof beyond a reasonable doubt is the standard of proof at trial. Essentially, a Hillsborough County prosecutor must present evidence that’s so overwhelming there could be no other possible conclusion other than guilty.

To get such evidence in drug trafficking cases, officers often rely upon search warrants. Often, these warrants are based on an informer’s tip. The court looks at several factors to decide if the tip was valid, such as:

Other factors include the tip’s specificity. These factors do not include the outcome. A Tampa prosecutor cannot argue that the tip must have been valid since officers seized evidence.

Does An Exception Apply?

If a Tampa drug crimes attorney successfully invalidates the warrant, the prosecutor can have another bite at the apple. If an exception applies, the evidence may still be admissible.

If officers had reasonable, good faith belief that they were acting according to legal authority, such as by relying on a search warrant that is later found to have been legally defective, the illegally seized evidence is admissible under this rule.

Consent is usually the most common exception in Florida drug trafficking cases. Anyone with apparent authority can consent to a dwelling or vehicle search. That person does not have to be the owner. The key word is “apparent” authority. If officers know that a person is only an overnight guest, it’s very unlikely that the person is also an owner. Similarly, vehicle passengers hardly ever own the vehicles they are in at the time.

Other exceptions include items seized while they are within the officer’s plain view and search incident to arrest.

Join Forces with a Board Certified Criminal Trial Lawyer

Only legally obtained evidence is admissible at trial. For a free consultation with an experienced criminal defense attorney in Tampa, contact The Matassini Law Firm, P.A. Nicholas G. Matassini is Board Certified in Criminal Trial Law and AV Rated by Martindale-Hubbell.