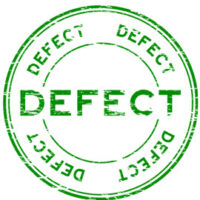 Both the United States Food and Drug Administration and its foreign counterparts suspended sales of some Valsartan pills, after some tested positive for the deadly poison N-nitrosodimethylamine (NDMA).

Most of the contaminated pills came from Zhejiang Huahai Pharmaceuticals, which is based in Linhai, China. Zhejiang is one of the world’s leading suppliers of the popular heart medication. In 2012, company officials apparently relaxed their manufacturing standards, allowing tainted pills to pass undetected from the assembly line to store shelves. Novartis, Valsartan’s discoverer and top seller, voluntarily recalled many batches. Other companies, including Solco Healthcare and Major Pharmaceuticals, soon followed suit. The recall wave began in Europe; about two weeks later, that wave crashed ashore in North America. There may still be more action to come.

Novartis developed Valsartan around 1990. European regulators approved the drug in 1996; the FDA soon followed suit. Before the drug’s patent expired in 2012, Novartis made over $6 billion of Valsartan sales worldwide.

What Are Valsartan and NDMA?

Congress recently made it easier for companies to sell generic prescription medication alternatives, reasoning that the competition would decrease the price. Not surprisingly, there are a number of manufacturers which want to make popular drugs like Valsartan. Regulators such as the FDA work to ensure that the drugs themselves are safe. But they pay little attention to the manufacturing process.

Therein lies the problem in this case. NDMA is a common industrial by-product that probably leaked into the manufacturing process when Zhejiang stepped up production in 2012. NDMA is also one of the most carcinogenic substances in the world. In fact, when researchers want to induce cancer in laboratory animals, they often inject them with tiny amounts of NDMA. THis substance is very, very deadly, even in very small amounts. It’s also very difficult to detect.

NDMA-laced pills are a clear case of a dangerous, defective product. The Uniform Commercial Code contains a number of implied warranties of safety and fitness. These provisions apply to most product makers. Under Florida law, these companies are strictly liable for damages linked to defective products. In other words, it does not matter how careful Zhejiang or any other product maker was or was not. Victim/plaintiffs need only establish cause.

To prove causation, attorneys often look for spikes of certain types of serious illnesses in certain parts of Tampa. This method is especially effective with regard to environmental cancers, such as lead poisoning concerns. Additionally, most attorneys partner with expert witnesses who can explain things to the Florida jury in more detail.

Defective products and dangerous drugs are a serious public safety threat to the Tampa Bay community. For a free consultation with an experienced personal injury attorney in Tampa, contact The Matassini Law Firm, P.A. We routinely handle cases in Hillsborough County and nearby jurisdictions.