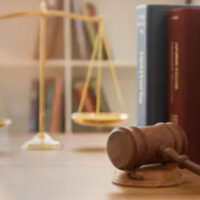 On February 18th, 2020, The Boy Scouts of America filed for bankruptcy due to hundreds of sexual abuse lawsuits against them and near certain financial ruin. Reports document over 12,000 victims of sexual assault against boys while scouting dating as far back as 1965.

Abuse survivors have until 5 p.m. Nov. 16, 2020 to file a claim against the Boy Scouts of America to be eligible for compensation through the organization’s bankruptcy proceedings.

Since the beginning of 2019, thousands of victims have been coming forward – after decades of silence. Many of the victims’ stories had been buried deep in their minds behind years of shame and embarrassment. The avalanche of allegations reached a peak this past February when the Boy Scouts of America finally filed for bankruptcy. The move was made after past sexual abuse settlements strained the BSA’s finances after various states passed laws allowing victims to sue for damages despite the statute of limitations.

The Matassini Law Firm believes there are many more victims who have not yet come forward to report their history of abuse in the Tampa Bay area. If you were a victim of sexual abuse or sexual misconduct anywhere in the United States, no matter how long ago, you may be entitled to a substantial settlement. You have a limited amount of time to file your claim and any delay could jeopardize your rights.

Seek Justice and Punish the Boy Scouts of America

If you have been a victim of sexual abuse in the Boy Scouts, it is not your fault. You have legal rights and can hold the Boy Scouts of America accountable for their reprehensible conduct.

Since 1976, The Matassini Law Firm has been seeking justice for victims of sexual abuse. Let our family help yours hold the powerful accountable. Contact us at www.matassinilaw.com for free, confidential consultation.