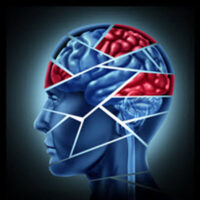 Macy and Brady Ingram were set to leave the hospital with their new son, Hayden Mac. But that morning, Hayden Mac began showing signs of respiratory distress. The boy was born two days earlier at just over five pounds. He was admitted to the hospital’s neonatal ICU immediately when it was discovered.

Doctors intubated Hayden and later diagnosed him with GBS meningitis which is caused by Group B strep bacteria. In adults, the bacteria are harmless, but in infants, it can be fatal. Hayden suffered catastrophic brain damage from loss of oxygen to the brain remains in critical condition.

His parents believe that the doctor and the hospital were responsible for Hayden’s brain damage. In this article, we’ll discuss similar birth injury lawsuits and how they are litigated.

There are any number of circumstances that can result in a child either being born with brain damage or acquiring brain damage after they are born. In this case, the brain damage was related to a GBS infection that the parents contend should have been caught a lot sooner.

According to the Centers for Disease Control, about 25% of all expectant mothers carry the GBS bacteria. They are typically screened at 36 weeks. During delivery, the mother is given antibiotics that leave only a 1 in 4000 chance that the baby will be born with the GBS bacteria. If the mother is not given the antibiotics, the baby’s chance of getting a GBS infection goes up to 1 in 200.

Why Wasn’t She Tested?

The plaintiff alleges that at 35 weeks and 5 days, she underwent a cervical exam. She was one centimeter dilated and the doctor decided to do a GBS culture. The next morning, the mother’s water broke, and she was told to go to St. Vincent’s to deliver the baby. At some point, the mother told a nurse that she had been tested for GBS the day before but had yet to hear the results. There was no other discussion related to GBS afterward.

Communications errors and medical records problems are responsible for a growing number of medical malpractice lawsuits. While it’s unclear if the plaintiff’s lawsuit will be successful, failure to get the test results to attending doctors in time resulted in a serious condition being overlooked that will now have lifelong consequences for the parent’s child.

The parents will be entitled to recover damages related to the lifelong care their child will need. Most of those with serious brain damage may never learn how to speak, much less care for their own needs.