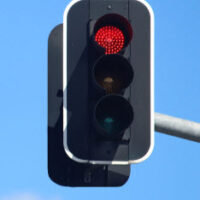 An area teenager is dead after an unfortunate “who had the light” intersection car crash.

Prior to the moment of impact, a 17-year old boy was southbound on 49th Street North in a 2012 Mazda. At about the same time, a 71-year-old man was on 70th Avenue N driving a 2001 Ford. The man claimed he entered the intersection on a yellow light. The two vehicles collided. The younger boy was killed and the man was seriously injured.

Authorities are still investigating the crash but they have ruled out alcohol impairment.

Typically, the first step in a Florida negligence case is determining the appropriate standard of care. In typical car crash cases, the bar is reasonable care. Among other things, operators must drive defensively and obey the rules of the road.

However, Uber drivers, taxi drivers, and other commercial operators are common carriers in Florida. These drivers have a much higher standard of care that is one step short of ensuring the safe conduct of their passengers.

The victim/plaintiff has the burden of proof in a negligence claim. To carry this burden, an attorney must introduce evidence in court. These facts are especially important in intersection collision cases, since the insurance company will almost certainly introduce facts of its own. Such evidence includes:

To obtain all this evidence, a personal injury attorney often partners with a private investigator.

The evidence usually clearly establishes “who had the light.” But there may still be an issue as to legal liability.

Florida and all other states recognize the contributory negligence defense. Many times, the victim/plaintiff is partially responsible for the car crash. For example, the tortfeasor (negligent driver) might have been speeding and the victim was distracted.

However, the law works a little differently in Florida. The Sunshine State is a pure comparative fault jurisdiction. If the victim and tortfeasor are at fault 50/50, Florida victims still receive a proportional share of damages. But in most other states, the victim would receive nothing given these facts, because most states have a 51 percent bar.

Sometimes, contributory negligence flips liability. That’s true with regard to the last clear chance defense. Tortfeasors are not liable if the victims had a good chance to avoid the crash, perhaps by changing lanes or stopping, but failed to do so. The victim must have the last clear chance and not just the last possible chance.

Protect Yourself with Experienced Lawyers

By The Matassini Law Firm | Posted on April 19, 2018
« Tractor-Trailer Passing Through Brevard County Catches Fire, Kills One, Injures Two
Some Slip-And-Fall Basics In Florida »
Skip footer and go back to main navigation