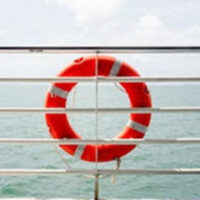 It was one of the most egregious examples of negligence in recent memory. Thirty-four passengers were killed after a dive boat caught fire and sank off the coast of California. Due to centuries-old maritime law, all of the victims and all of their families will have their damages capped to the cost of the vessel.

The maritime laws that provide the foundation of civil disputes emerging from negligence claims have not been updated in over 100 years. The original intent of the law was to protect America’s burgeoning shipping industry from broadscale litigation that would drive companies into bankruptcy. The law was never meant to protect small passenger boats from a similar fate. While 34 grieving families may be able to receive some monetary compensation from their loss, a small passenger boat has nowhere near the value of a large shipping vessel or a cruise ship.

Now, a change to the centuries-old law could be on the horizon. In 2019, Congress began the process of passing the Small Passenger Vessel Safety Act of 2019, which would allow for recovery greater than the value of the vessel.

Why is the Coast Guard now named in this lawsuit?

The Coast Guard is tasked with certifying small boats for passage. The plaintiffs believe that the Coast Guard routinely failed to conduct inspections of these boats allowing several death traps to get clean inspections. This ultimately led to the loss of 34 lives. Since The Coast Guard is responsible for ensuring the vessels are seaworthy, the responsibility ultimately falls on them to prevent such tragedies from occurring.

Meanwhile, the dive boat company is already on the hook, but maritime law immediately triggers bankruptcy-like protections for the company. Technically, the law applies to any vessel “on navigable waters.” That means that plaintiffs may be able to circumvent the law only in cases where the boat is on waters that are not navigable. In this case, the boat burned and sank so there is no way to claim that the waters were not navigable.

Obviously, however, the law is unfair to the 34 families who lost loved ones aboard the vessel. Congress is attempting to pass a law that would close the loophole for bad actors who take unnecessary risks with their passengers’ lives. The Coast Guard will be required to defend themselves from the lawsuit since they have a duty to inspect vessels. However, the plaintiffs face a similar problem collecting from the Coast Guard as they do from the dive boat company. The Coast Guard has immunity from lawsuits that place a cap on the amount of damages a plaintiff can receive. Nonetheless, Congress can set aside funds for the families, but the matter will have to be voted on.

If you’ve been injured due to someone else’s negligence in a boat accident, you are entitled to recover damages related to your injuries. Call the Tampa boating accident attorneys at The Matassini Law Firm today to schedule a free consultation and we discuss your options today.