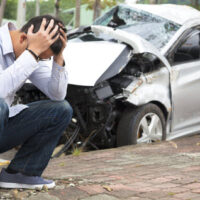 Authorities have few leads as they search for a man who was driving a stolen car when he caused a fatal crash and then fled the scene on foot.

The wreck occurred near the intersection of 40th Street South and Ninth Avenue South. Police say that an unknown person driving a stolen Mercedes smacked into a Chevrolet carrying multiple people. The driver and a passenger were rushed to a nearby hospital with serious injuries. Doctors say the driver is expected to survive, but the passenger was declared dead. Police believe that the Mercedes driver fled on foot before being picked up by another driver.

Tracking Down the Tortfeasor

Evidence collection is the foundation of most successful car wreck claims. This process is a bit different following a hit-and-run crash. Evidence does more than build a case. It also helps a Tampa personal injury attorney fully inform victims of their legal options.

Assume there are no eyewitnesses to a fatal hit-and-run. Enhanced surveillance video shows a dark-color sedan with a license plate number ending in “KC” strike the victim. Another witness, who was a few blocks away, saw a dark blue sedan speeding away from the accident scene.

This evidence would never hold up in criminal court. But a personal injury lawyer can use this information to locate the vehicle’s owner. It is more likely than not that the owner was driving at the time, unless the owner has a rock-solid alibi.

It’s not always possible to locate the tortfeasor (at-fault party) in a hit-and-run case. Fortunately, many victims have legal options to pursue against an insurance company. Hiring an experienced lawyer can help you navigate the complexities of pursuing a hit and run claim with your insurance company.