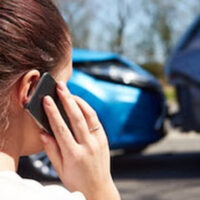 Two women were killed after a driver turned into the path of an oncoming car while attempting a left turn against traffic.

The wreck happened when 84-year-old Diane Pires tried to turn left from southbound U.S. 19 to Royal Boulevard. In so doing, she pulled directly into the path of an oncoming Audi, driven by 56-year-old John Boussias. Both Pires and a passenger in her vehicle, 69-year-old Diana Rakauskas, were rushed to a local hospital, where they later died.

Authorities say alcohol was not a factor and they do not plan to press charges against Boussias.

Head injuries are perhaps one of the most common, and most serious, kind of car crash injury. These wounds are common because vehicle collisions combine all three major head injury causes, which are:

Head injuries are serious partially because they are hard to diagnose. Many victims do not suffer signature symptoms, like unconsciousness or vomiting. As a result, their symptoms are masked and can become worse.

Because of these and other serious injuries, the average car crash-related hospital bill often exceeds $100,000. Most families do not have the resources to pay these bills, and most health insurance companies refuse to pay all of these expenses. Hiring an experienced lawyer can help.

Crashes like the one in the above story are legally complex as well, because of the last clear chance defense. This doctrine shifts fault for the accident in some cases.

Assume Driver A has a reasonable chance to avoid a crash, perhaps by changing lanes or speeds, yet Driver A does not take such action. If that’s the case, Driver A might be legally responsible for the crash, even if Driver B drove on the wrong side of the road, rear-ended Driver A, or was somehow faulted at the scene.

Significantly, there is a difference between the last clear chance and any possible chance. Frequently, things happen so quickly that the driver did not have a reasonable chance to avoid the crash.