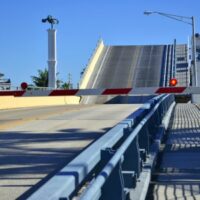 An $8.2 million settlement has been secured for the family of a woman who died while she was walking her bike over a drawbridge. The bridge operator did not check to see if there was anyone on the bridge as she was closing it and the woman fell off and died. She was only 10 feet away from the end of the bridge when she fell through a gap in the road. Her family sued the operator of the bridge and secured a hefty settlement. The drawbridge operator is currently facing manslaughter charges for failing to secure the bridge before closing it.

As part of the settlement, the family has donated $1 million to a scholarship program in the victim’s name. The scholarship will pay out $30,000 a year for the next 30 years. An attorney for the family said that they turned down a larger settlement offer to get the changes needed to prevent a second catastrophe like this from occurring.

A series of troubling incidents occurred prior to the death of the victim. Largely, the company is accused of failing to check their employee’s credentials, failing to train them properly, and failing basic common-sense safety standards that could have prevented this death.

The bridge tender has pleaded not guilty to the charges. However, the case looks likely to plead down to culpable negligence or another crime that is less serious than manslaughter. The bridge tender is accused of not checking the bridge prior to drawing it closed.

The bridge company was obviously responsible for the woman’s death which is why the case settled as quickly for as much money as it did. They really had no defense to the allegations and were pressured by the plaintiffs to make changes to their operations as opposed to forking over 8 figures in a settlement. Nonetheless, the plaintiffs had them over a barrel and got everything they wanted. Hopefully, this will prevent the company from being dangerously lax toward public safety in the future.

The Matassini Law Firm represents the interests of injured plaintiffs in lawsuits against negligent companies and individuals. Call our Tampa personal injury lawyers today to schedule a free consultation and we can begin investigating your claim immediately.

By The Matassini Law Firm | Posted on November 1, 2022
« Hospital Sued After Patient Left In Hallway For 7 Hours
Federal Judge Sides With Opioid Companies In Public Nuisance Suit »
Skip footer and go back to main navigation